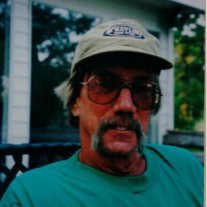 MONTEZUMA, GA - Joel Lester Medlin, age 64, of Montezuma, GA passed away Tuesday morning, December 10, 2013 at Phoebe Sumter Medical Center in Americus, GA. A memorial service is planned for 11 a.m., Saturday, December 14, 2013 in the chapel of Watson-Mathews Funeral Home. The family will receive friends at the funeral home one hour prior to the service. Mr. Medlin was born July 23, 1949 in Cordele, GA to the late Ernest Prudence Medlin and Louise Wolfe Medlin. He was self-employed as a poultry farmer and loved to hunt and fish in his spare time. In addition to his parents, Mr. Medlin was preceded in death by his sister, Carolyn Cox, and his brother, David Medlin. He is survived by his wife, Sandye Levie Medlin of Montezuma, GA; two sons and daughter-in-law, Walter E. (Misty) Medlin and Zacheus A. Medlin, all of Montezuma, GA; three brothers, Jimmy Medlin of Macon, GA, Larry (Dorene) Medlin of Albany, GA, and Johnny B. (Dee) Medlin of James Island, SC; a sister, Barbara (Herby) Strickland of Rebecca, GA; a brother-in-law, David (Sheila) Levie of Montezuma, GA; and a granddaughter, Lilliana Medlin. He also leaves behind a host of nieces, nephews, and cousins. In lieu of flowers, donations may be made to The National Kidney Foundation, Attn: Finance Department, 30 East 33rd St., New York, NY 10016 or to Phoebe Sumter Hospice of Americus and Sumter County Inc., 126 E. Furlow St., Americus, GA 31709. Friends may sign the online guestbook at www.watsonmathewsfuneralhome.com. Watson-Mathews Funeral Home of Montezuma is in charge of arrangements.

The family of Joel Lester Medlin created this Life Tributes page to make it easy to share your memories.

Send flowers to the Medlin family.