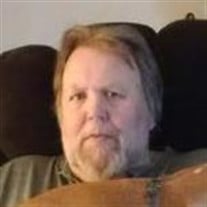 OGLETHORPE, GA - Mr. James Ricky Spivey, age 64, of Oglethorpe, Georgia passed away Sunday, August 25, 2019 at Medical Center Navicent Health in Macon, Georgia. His wishes were to be cremated and no services will be held. He was born on... View Obituary & Service Information

The family of Mr. James Ricky Spivey created this Life Tributes page to make it easy to share your memories.

Send flowers to the Spivey family.