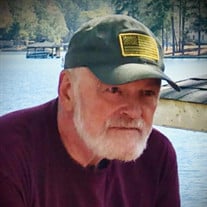 The family of Mr. James Tipton Haugabook created this Life Tributes page to make it easy to share your memories.

Posted on behalf of Mathews Funeral Home in Albany, Georgia....

Send flowers to the Haugabook family.