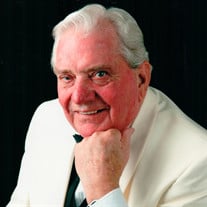 HILTON HEAD ISLAND, SC - Bobby George Trussell, born February 5, 1934, passed away at the age of 81, on June 13, 2015, after a lengthy illness. Visitation is scheduled for 6 to 8 p.m., Monday, June 15, 2015 at Watson-Mathews Funeral Home in Montezuma, GA. Funeral services will be held at 2 p.m., Tuesday, June 16, 2015 in the Chapel of Watson-Mathews Funeral Home with Rev. Jimmy Thigpen officiating. Burial will follow in Oglethorpe Memorial Gardens. He was preceded in death by his parents, Walter Moody Trussell and Julia Nelson Trussell; his wife of 41 years, Doris English Trussell; a step-son, Barry Lott, niece, Debbie Trussell Key, and nephew, Richard Trussell. Survivors include his wife, Shirley Lott Trussell; two step-children: Steve (Mickey) Lott and Reggie Carter; two step-grandchildren: Tatum (Jefferson) Sturkey and Rusty (Michelle) Goss; and three step-great-grandchildren: Karsen Sturkey, Kennedy Sturkey, and Walker Goss. He is also survived by his brothers and their wives, Billy and Lena Trussell , Joe and Rhunell Trussell, Jackie and Dot Trussell, and sister, Peggy Trussell Freeman, as well as a host a of nieces, nephews, cousins and friends. Bobby was born and raised in Garden Valley. He was an outstanding high school basketball player, and won State medals in track and field for his Alma Mater, Oglethorpe High School. Bobby started working for Flint EMC, now Flint Energies, soon after high school, working his way up from tossing tools to the linemen, to second man in the co-op. When he retired after 43 years of dedicated service he was Director of Outside Services. He was highly respected for his integrity and fairness to all the men who worked on his crews. Bobby was a member of the local unit of the Georgia National Guard and the Mt. Zion - St. Luke Lutheran Church in Oglethorpe, GA. He was very involved in his community, serving as a volunteer fire fighter for the City of Oglethorpe, and served on the City Council. He was an active and long-time member of Oglethorpe Lions Club, serving in different capacities over the years. He was a member of Woodmen of the World and Toastmasters. He also served on the West Central Georgia Area Planning and Development Committee. Bobby loved to hunt and fish in his younger years, and later developed a love of golf. Gardening was a hobby and a passion. He was very generous with his time and knowledge of green, growing things. In lieu of flowers, memorial contributions may be made to: St. Luke’s Missionary Hospice, 149 Riverwalk Blvd., Suite 6, Ridgeland, SC 29936. Friends may view and sign the guestbook at www.watsonmathewsfuneralhome.com. Watson-Mathews Funeral Home is in charge of arrangements.

The family of Bobby Trussell created this Life Tributes page to make it easy to share your memories.

Send flowers to the Trussell family.